Two-time Super Bowl-winning coach Jimmy Johnson revealed on Twitter who will be presenting him at the Pro Football Hall of Fame ceremony.

Sports leagues around the globe have taken measures to combat the ongoing coronavirus pandemic, including season suspensions, postponements and even cancellations for some events.

Now, to help contain the COVID-19 outbreak, the U.S. Centers for Disease Control and Prevention has encouraged Americans to practice “social distancing,” with the goal of helping to slow down the outbreak. Social distancing is deliberately increasing the physical space between people, as well as avoiding large gatherings or group outings.

But with so many adults and children cooped up in their homes during this time, many have taken to their respective recreational centers for fresh air and physical activity. But the problem arises when people meet at these spots and gather in large groups, so now, cities around the country are deciding to take further preventative measures.

The Los Angeles Rams unveiled a new logo this week, and the Internet’s response was overwhelmingly negative.

Between the memes and social media shots, Hall of Fame running back and former Rams great Eric Dickerson — who signed his message “The Rambassador”  — said he planned on taking fans’ suggestions straight to the front office and tweeted two alternative logos.

“(Rams) fans, I reviewed your comments regarding our new logos and share in your disappointment,” Dickerson wrote. “I’ll be speaking with the Rams on our behalf. Please like if you prefer the logo on the left and retweet to vote for the logo on the right.”

IS THE PARTY OVER?:Challenges loom for college athletics departments

Rams general manager Kevin Demoff had some fun with the backlash this week, turning it into a charity opportunity: if donations to a charity telethon for coronavirus relief eclipsed $2 million, he’d read mean tweets (the drive eclipsed that goal on Tuesday).

“If some self-deprecating humor and people taking shots at me can raise money for someone who needs a meal, that’s the best thing I can do with my time,” Demoff told USA TODAY Sports’ Jarrett Bell earlier this week.

“When you unveil something that’s a little different, people have to warm up and get used to that. I think some people will come around to the change and obviously we will look forward and try to make sure the feedback is incorporated in the best way possible.”

From 1983-86, Dickerson was an All-Pro in three of his four full seasons with the Rams. He rushed for 7,245 yards and scored 58 total touchdowns in that span. 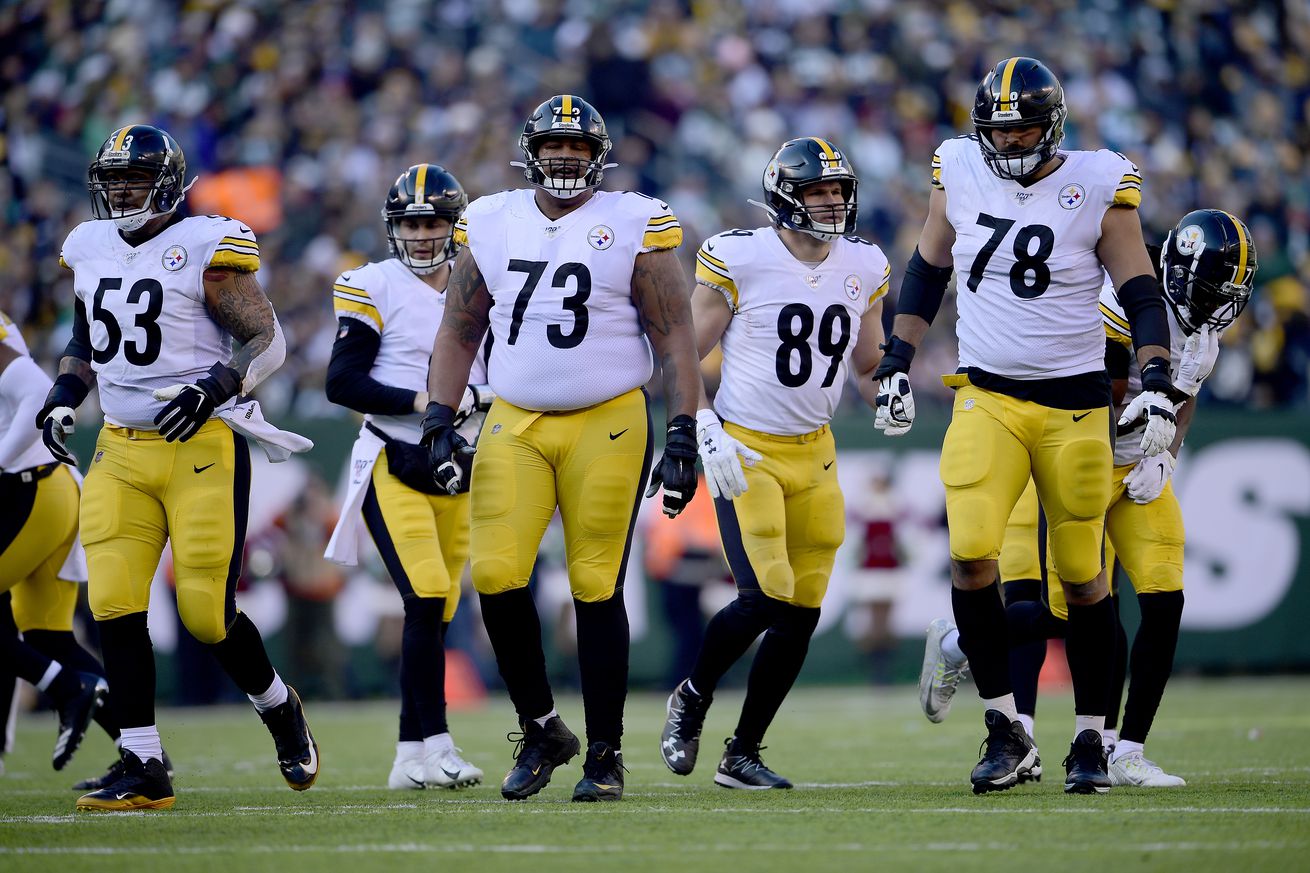 Some people swear by PFF rankings while others give them no weight at all, but the real answer is probably somewhere in between when it comes to grading the Steelers offense

As the NFL offseason presses on, fans are evaluating how players from their favorite team performed in 2019 in order to determine how they view the position both continuing in free agency and going into the draft. While some positions have much easier data to compare, others are very difficult to quantify with statistics. With many of these positions, fans often turn to the Pro Football Focus (PFF) player grades they issue for the season. There are many fans who swear by the rankings while others dismiss them completely. So how much can fans truly trust these grades?

The first thing which is needed is to understand how PFF breaks down each player in order to come up with an overall score. The first installment looking into PFF grades was two weeks ago just before the flurry of free agent activity began and it explained the process of how PFF determines their grades. This time, we are going to look at some of the PFF grades of the Steelers offense from 2019 to help determine how accurate their scores could be.

For this exercise, we will look at the ranking and scores at the offensive positions for the Steelers’ players. The top ranked player as well as the number of players ranked will be listed. Fullback was not included as the Steelers did not have a qualifying player. These numbers are merely presented in order to help you draw your own conclusion. All scores are courtesy of pff.com.

Of all the quarterback who played enough snaps to qualify (about 315), the Steelers young QB’s ranked as two of the bottom three. The only player who separated them was Washington’s Kyle Allen.

Johnson’s receiving score was slightly higher than Washington’s, but Washington ranked in the top 25 in run blocking among qualifying NFL receivers.

2019 was a difficult year to evaluate much of the Steelers’ offense, especially tight ends. McDonald tied for last among qualifying players with Vannett only one spot above.

Banner was about 100 snaps short of qualifying in the rankings which would have put him around 15th even with a very low pass blocking score. The Steelers were one of the six NFL teams with both tackles ranked in the top 25.

It can be noted Stefen Wisniewski ranked 16th with a score of 70.9 just behind DeCastro.

Not only was Pouncey’s score the lowest on the Steelers’ offensive line, his individual scores in both run blocking and pass blocking were lowest of all the Steelers’ starters.

So do you think PFF grades are reliable source in evaluating a player’s performance based on their assessment of the Steelers offense? Did the players score where you expected? Please vote in the poll and leave your thoughts in the comments below.

Everton boss Carlo Ancelotti said that Liverpool manager Jurgen Klopp called playing the Champions League match against Atletico Madrid on March 11 with fans in attendance at Anfield a “criminal act.” During the coronavirus pandemic’s European outbreak, Serie A action was already postponed and numerous Champions League matches were being played without fans. On the same day Liverpool was eliminated from the competition by Atletico, PSG hosted Dortmund in Paris without any fans.

“I spoke with Klopp a few days ago. He told me that the decision to play Liverpool-Atletico was a criminal act and I think he’s right,” Ancelotti told Corriere dello Sport. “Today, the priority is health, limiting the contagion. When you start again, when you finish, the dates… believe me, I don’t care. At the moment, that’s the last thing on my mind.”

The match was surprisingly

Former New York Knicks guard Stephon Marbury is trying to arrange a deal that would deliver 10 million N95 masks to New York City, but he has run into issues coordinating a deal between a Chinese company and the coronavirus-struck city.

Marbury told the New York Post that he arranged for a supplier in China to sell the masks for $2.75 each, nearly two-thirds less than their standard price tag.

“At the end of the day, I am from Brooklyn,” Marbury told the Post from Beijing, where he coaches the Chinese Basketball Association’s Royal Fighters. “This is something that is close and dear to my heart as far as being able to help New York.”

Marbury added: “I have family there in Coney Island, a lot of family … who are affected by this, so I know how important it is for people to have masks

Los Angeles Rams wide receiver Brandin Cooks is rumored to be available this offseason, and Michael Silver of NFL.com says it might not even cost a first-rounder this time to acquire his services. Cooks has already been traded twice in his six NFL seasons, and after one of his worst campaigns, it could happen again.

Recently, Cooks’ social media activity has raised eyebrows, and made it seem as though a change of scenery would interest him as well. It actually took a teammate stepping in to dispel the rumors before they got started.

On Friday, Cooks tweeted “free me” complete with a face palm emoji. Naturally, this generated plenty of responses — over 1,600 in fact.

Boxing champion and Philippines senator Manny Pacquiao has tested negative for COVID-19, otherwise known as the novel coronavirus. Pacquiao had put himself and his family in home isolation for the past week after appearing in a special senate session on Monday. In a letter to Pacquiao on March 27, Dasmariñas Village barangay chairman Rossanna Hwang said that Pacquiao was exposed to a person diagnosed with COVID-19 and was considered a “person under monitoring.”

According to a statement, Pacquiao used a rapid testing kit from South Korea. “My countrymen, I would like to make it clear that even before I received the letter from [Barangay Captain Rossana Hwang], I already started home quarantine,” Pacquiao said. “Please don’t worry. I received rapid testing kits from my friends from South Korea. Using these kits approved in Korea, I tested negative. The FDA 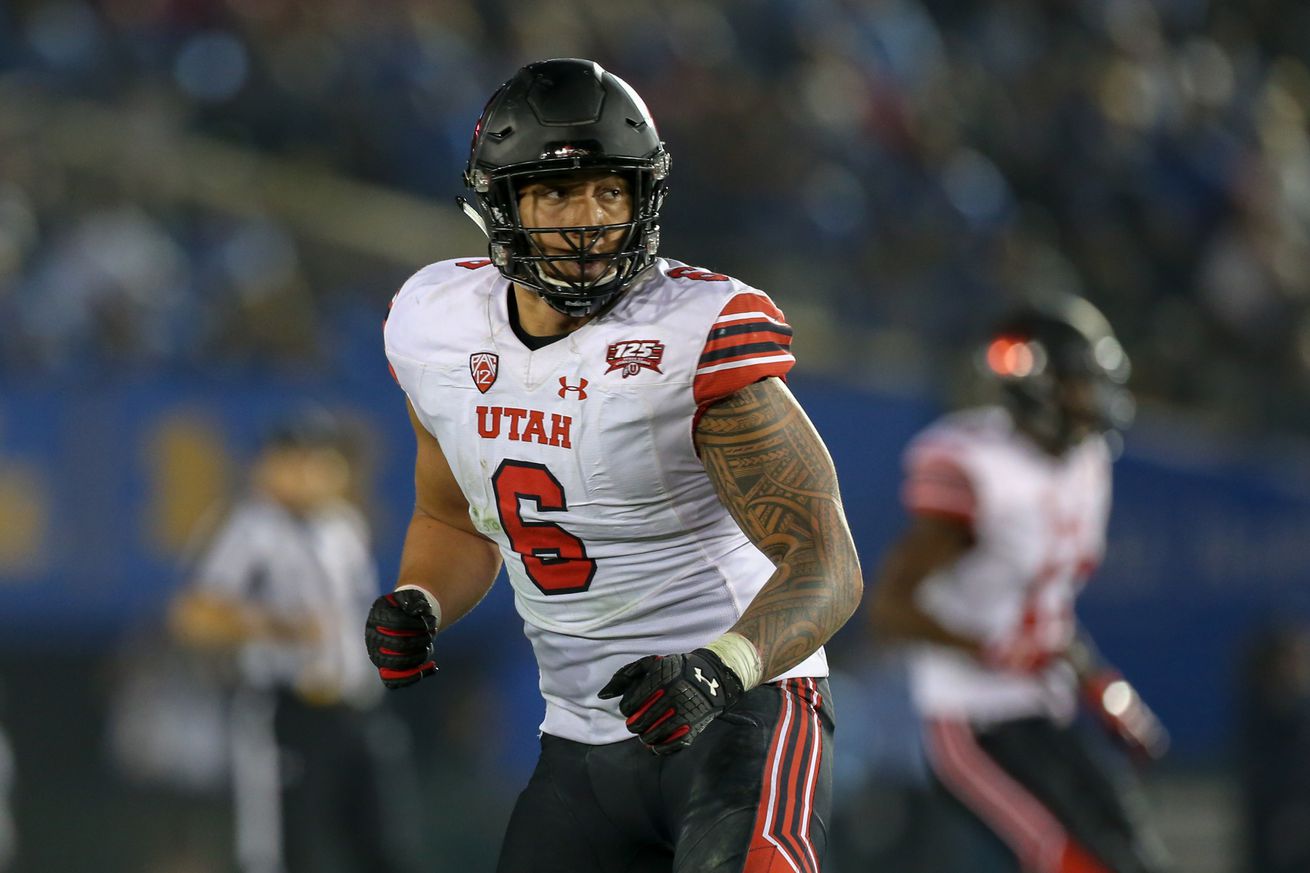 The Pittsburgh Steelers don’t have a first round pick, but their three picks in the top four rounds will certainly frustrate many fans.

The 2020 NFL Draft is going to go off as scheduled, it might look different but will still be held at the end of April. With this announcement coming from Roger Goodell this past week, it brings more validity to the practice of mock drafts. While mock drafts are simply guesses as to what will happen, it does create some great discussion for fan bases.

In the latest 4-round mock draft by Chad Reuter of NFL.com, he has the Pittsburgh Steelers going all over the map when it pertains to their top three picks in the process.

Check out who Reuter has slated to the Steelers, and a synopsis of the player below their name from their NFL Draft Profile.

Anae’s tape tends to grow on you the more you watch with his revved-up motor and salty disposition showing up in every game. He’s fairly skilled and instinctive as an upfield rusher with a threatening upfield burst and a relatively diverse approach to climbing past tackles. He’s not a natural bender or the longest edge defender and he’s much better at attacking blockers than defending his territory against the run. He has the size, hands and strength to play standing or with a hand down, but may have a better chance of becoming a starter as a rush linebacker in a 3-4.

Like Tim Tebow, Hurts is a winning dual-threat quarterback known for his strength, toughness and character. Hurts is a more accurate passer and better runner than Tebow but is inconsistent as a decision-maker and tends to break the pocket when throws are there to be made. His deep-ball touch and intermediate accuracy improved this year so teams may see him as a developmental talent who will keep getting better in the right scheme. He’ll struggle to beat NFL defenses from the pocket, but his ability to grind out yards on the ground and make off-schedule plays should make him a solid backup with upward mobility.

After missing all of 2018, Cephus got right back into the swing of things culminating with memorable games against Ohio State and Oregon. Size and body positioning create workable windows in tight quarters and his ball skills build trust with the quarterback. He’s a build-up runner who lacks suddenness to uncover and may need to be motioned, bunched, and lined in the slot to help with early separation. Teams know he can catch it but will need to see him get open. Cephus is a possession receiver with the profile of a capable WR3/4.

How would you feel if this is how the top three picks went for the Pittsburgh Steelers? Would you be happy? Frustrated? Let us know what your thoughts are in the comment section below, and be sure to stay tuned to BTSC for the latest news and notes surrounding the black-and-gold.