The deeper that we get into the regular season, the more indications we get about what the free agency market will look like this offseason.

Of course, executives around the league always have tough decisions to make about who they plan to re-sign as well as who they plan to pursue or let walk during free agency. But as the season progresses, it becomes a bit easier to evaluate who would be a good fit for their franchise and who might not be.

As part of our ongoing series at HoopsHype, we are looking at whose free agency stock has gone up – and down – over the last several games.

Note: All statistics are accurate as of games before April 16, 2021. 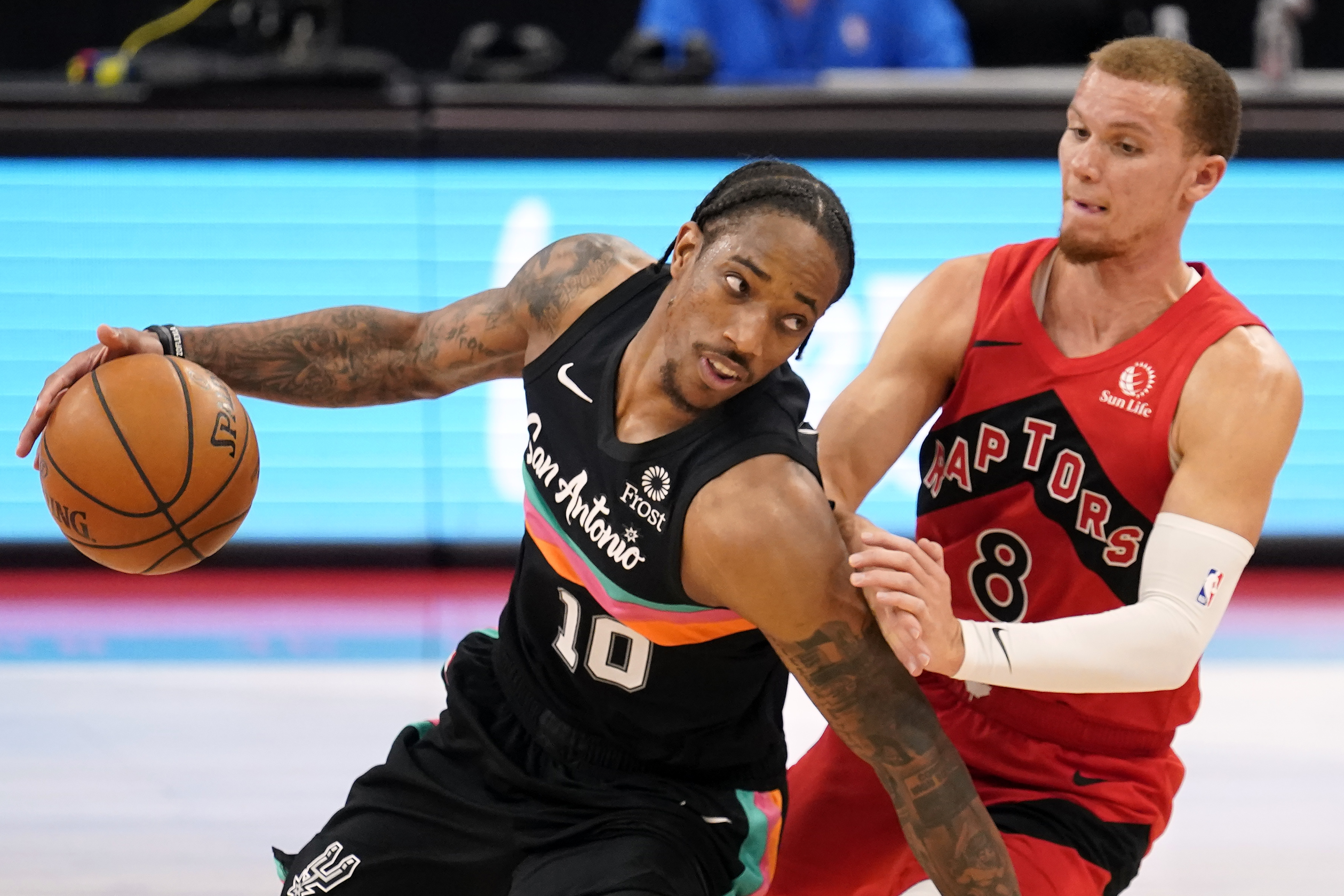 You wouldn’t realize it at first glance considering the San Antonio Spurs have won just two of their last nine games. But while he is already 31 years old, San Antonio Spurs forward DeMar DeRozan has had a bit of a career reinvention in 2020-21.

DeRozan doesn’t fit the bill as a non-big in the modern NBA, connecting on just two three-pointers in the seventeen games he has played since the All-Star break. However, he has found ways to be ridiculously productive, notching multiple 30-point performances in his last ten games. He wound up with 36 points on April 1 against the Atlanta Hawks and 33 points during a victory over the Dallas Mavericks on April 11.

While he is averaging 24.0 points in his games since March 31, the most impressive aspect of his play has been his playmaking. He is averaging 7.2 assists per game and he has the fifth-most assists among all players in the Western Conference during this span.

On the season, per Cleaning the Glass, his assist percentage (31.7 percentage) ranks as the best overall among players at his position. Overall, he has been effective and efficient as an offensive creator both for himself and for his teammates when running ball screens for the Spurs.

The 31-year-old is playing a different brand of basketball than we have seen from him before and his 7.2 assists per game is a new career-high for the four-time All-Star. While he hasn’t earned such a selection since 2018, Denver Nuggets coach Mike Malone recently said that he cast a vote for DeRozan to receive the nod as a reserve this season.

DeRozan is reportedly taking a “wide open” approach to free agency, but after earning a stellar reputation around the league during his career, there is reason to believe he could get a nice payday when he soon hits the open market. Some reports indicate he could be looking towards the Eastern Conference with the Chicago Bulls as a potential suitor.

For the latest news and rumors on DeMar DeRozan, click here. 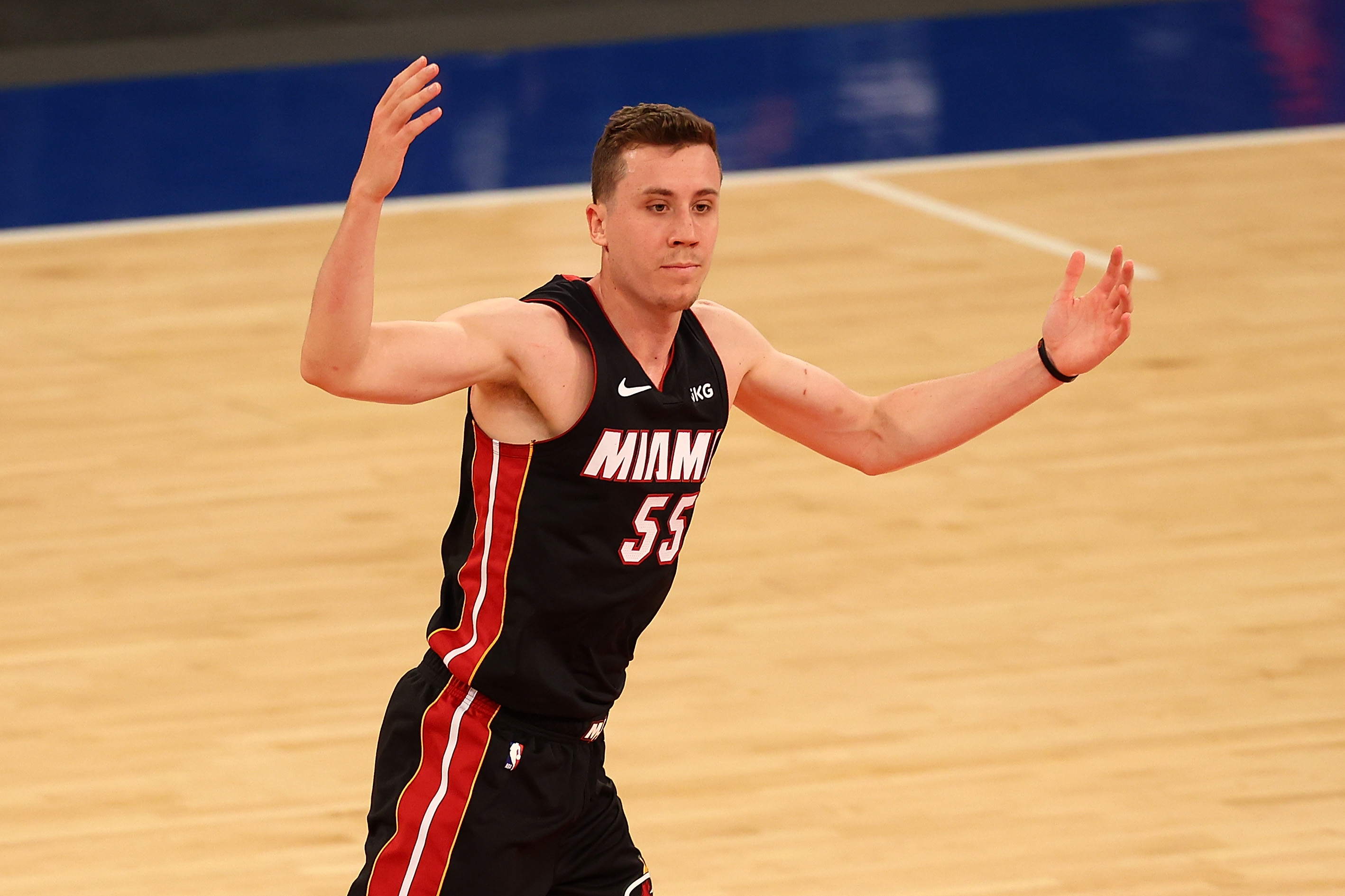 After winning the Eastern Conference title last season, there were high hopes for the Miami Heat coming into the season. One player who was pegged for a potential breakout campaign was sharpshooting wing Duncan Robinson.

While he is still an elite floor spacer, the results have been fairly middling for Robinson, who turns 27 years old next week. Robinson is averaging 13.0 points per game, which is actually fewer than he did in 2019-20. Even though his 40.9 percent mark from beyond the arc is higher than the league average, it is still quite a bit lower than his mark last year (44.6 percent) as well.

Make no mistake about it, Robinson still has an elite skill in his marksmanship. But he is one-dimensional and as Sun-Sentinel columnist Ira Winderman recently noted, the Heat have in the past been “willing to allow” shooting specialists such leave during free agency. Robinson, who is also undoubtedly a liability on defense, may not fit into the long-term plans for Miami if they also plan to prioritize Tyler Herro.

Of course, we have to consider that the front office reportedly did not include Robinson in trade talks for Kyle Lowry. Similarly, executive Pat Riley has maintained that it would be foolish to get rid of either him or Herro, Miami may be willing to match any offer that Robinson receives during restricted free agency.

Those offers just may not be as strong as they would have been if he showed significant year-over-year improvements instead of the mild setbacks he has had thus far.

For the latest news and rumors on Duncan Robinson, click here. 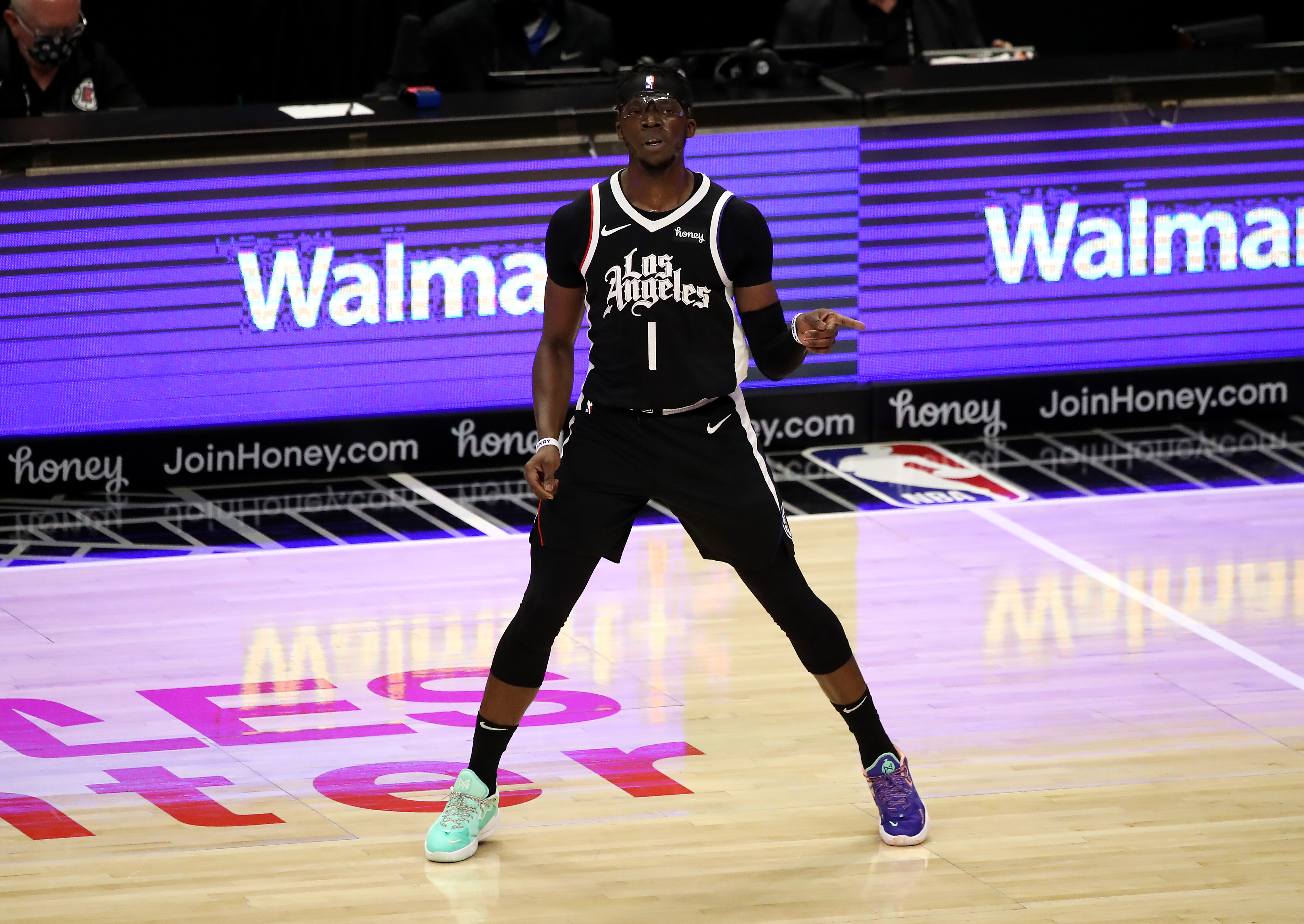 The Clippers have won eight games in a row and guard Reggie Jackson is playing some of the best basketball that he has played in years.

Since April 4, the Clippers have outscored opponents by 86 points when Jackson has been on the floor, which is the second-best overall plus-minus among all players in that span. He is shooting 50.0 percent from the three-point range in these appearances, connecting on 2.1 per game. Jackson was able to hit six three-pointers on April 9 against the Houston Rockets.

Most impressive was the game-winning jumper that he hit against his former team, the Detroit Pistons, on April 14. He ended the game with 29 points

But he has been a fairly explosive scorer in general, now breaking the 20-point barrier in three of his most recent six appearances for his squad.

Jackson signed a minimum deal with the Clippers during the offseason but as someone who has become a fairly regular starter for a championship contender, it is easy to imagine a world in which he commands a much larger paycheck for his next deal.

For the latest news and rumors on Reggie Jackson, click here. 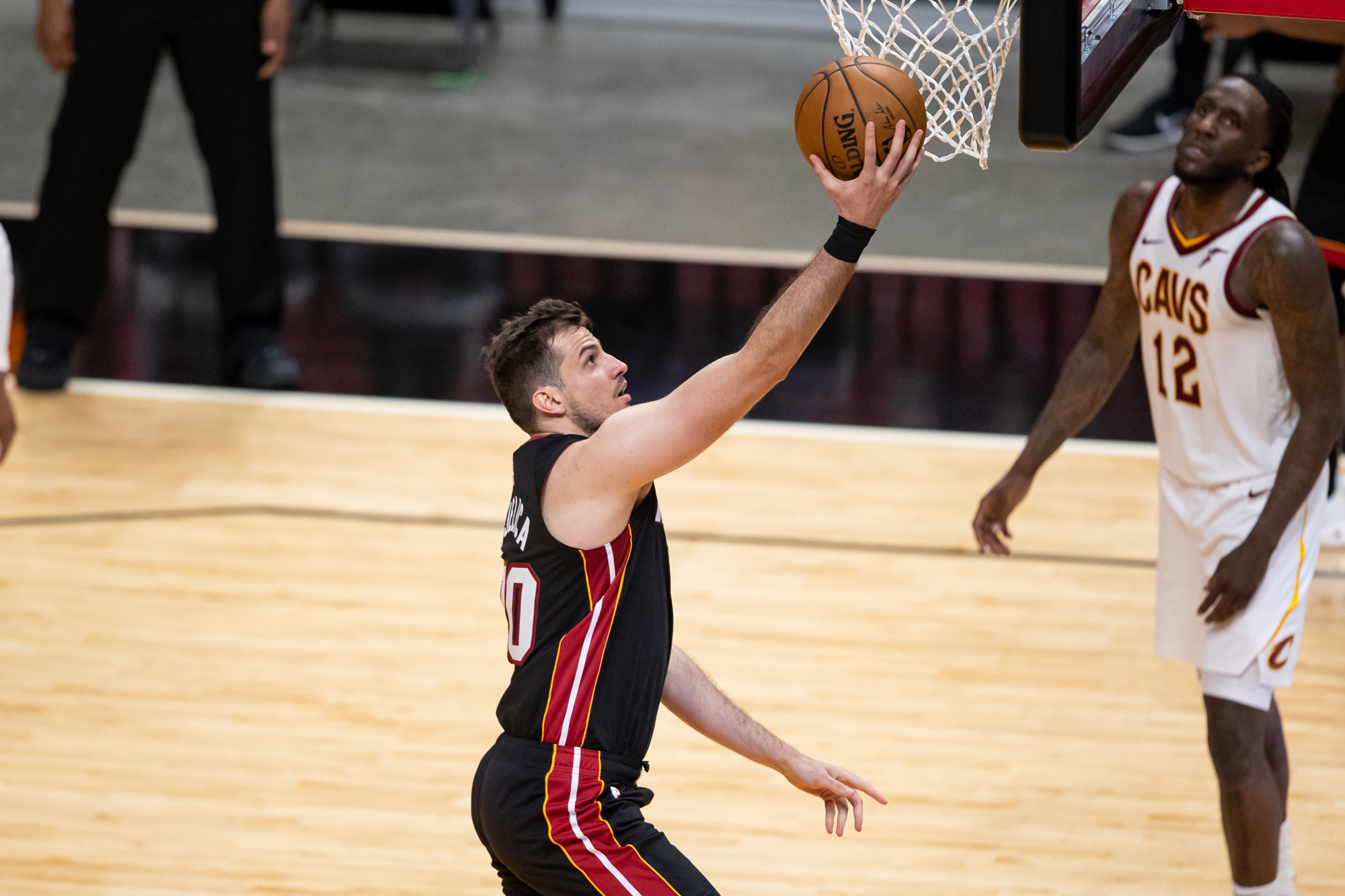 The results have not been particularly pretty since Nemanja Bjelica landed with the Miami Heat. He has been held scoreless in five of the eight games that he has played with his new organization.

While there were many who were optimistic about what Bjelica could contribute to the Heat, the 6-foot-10 big man is shooting just 18.8 percent on three-pointers in the recent stretch. He made just one of his most recent eleven attempts from beyond the arc.

Bjelica, who projected as someone who could play key minutes for Miami after they traded Kelly Olynyk to the Houston Rockets, appeared on the floor for less than six minutes when the Heat lost to the Phoenix Suns on April 13.

Even though Bjelica is coming off a deal in which he was signed for $20.5 million over three years, he is likely going to be in a rough spot when his contract is up this offseason.

For the latest news and rumors on Nemanja Bjelica, click here. 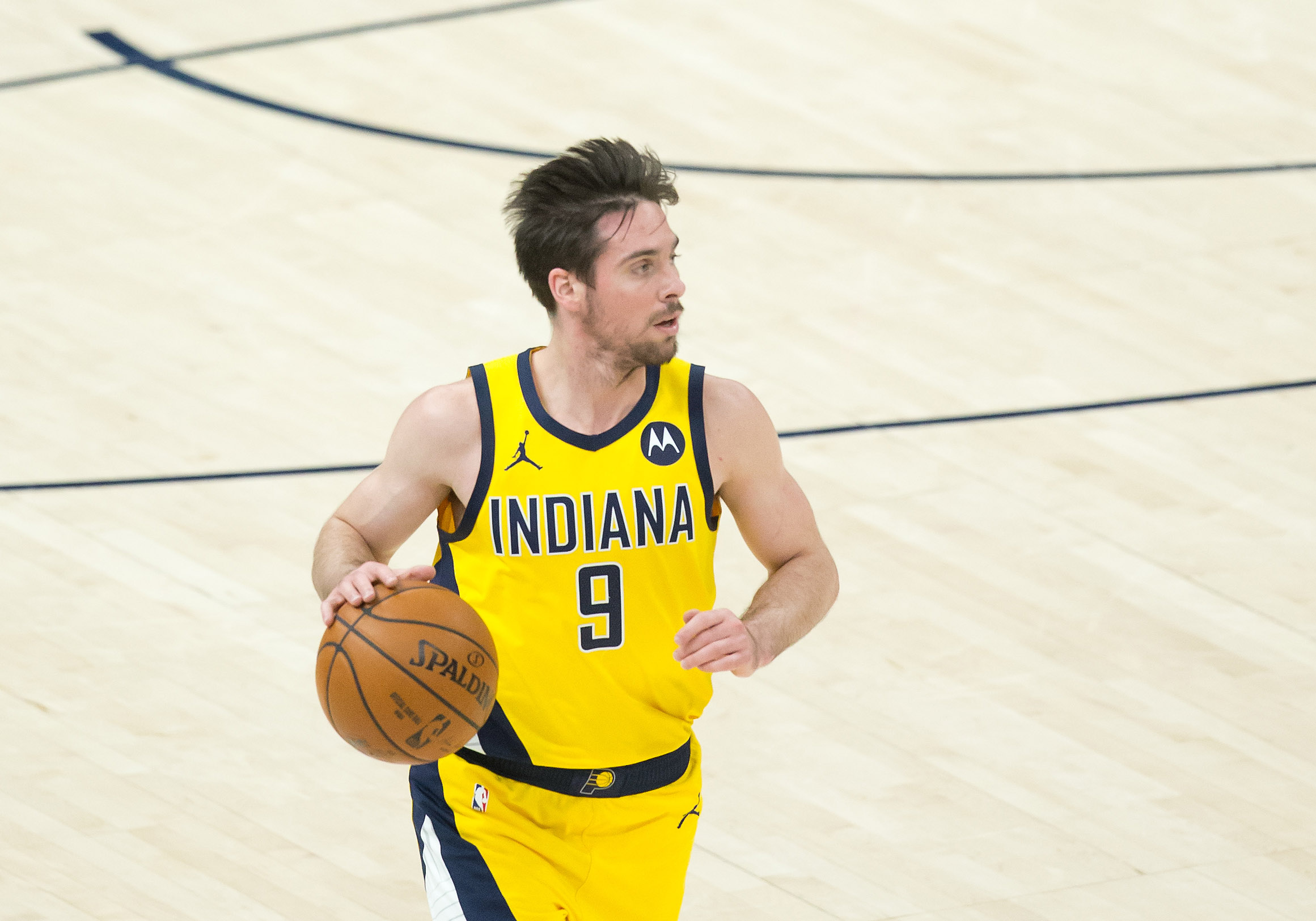 Last month, we wrote about the tenacious and hard-nosed defense that has allowed Indiana Pacers guard TJ McConnell to steal bad passes more often than any other basketball player on record.

While his defensive playmaking has been excellent, recording four steals against the Houston Rockets on April 14, it is worth noting that McConnell has stepped up as an excellent playmaker as well. Pacers head coach, Nate Bjorkgren, has credited McConnell with setting the high-pace tempo for his offense whenever he is on the floor. With his help, Indiana has won five of their last seven games.

McConnell recorded 15 assists against the Minnesota Timberwolves on April 7, becoming the first player on record with multiple 15-point and 15-assist games off the bench in a single season. He followed that up with another 9 assists against the Orlando Magic on April 9.

In fact, when looking at the league leaders for assist ratio, which measures the percentage of offensive possessions that result in an assist, McConnell ranks fourth-best (min: 25 minutes per game) among all players since April 1.

Players who know their role and who can maximize their opportunity whenever they are on the floor will have opportunities and offers flooding from teams around the league. There are plenty of contenders who could use the services of a backup floor general like McConnell. Don’t be surprised if he earns more than the $3.5 million average annual value he is currently collecting.

For the latest news and rumors on TJ McConnell, click here. 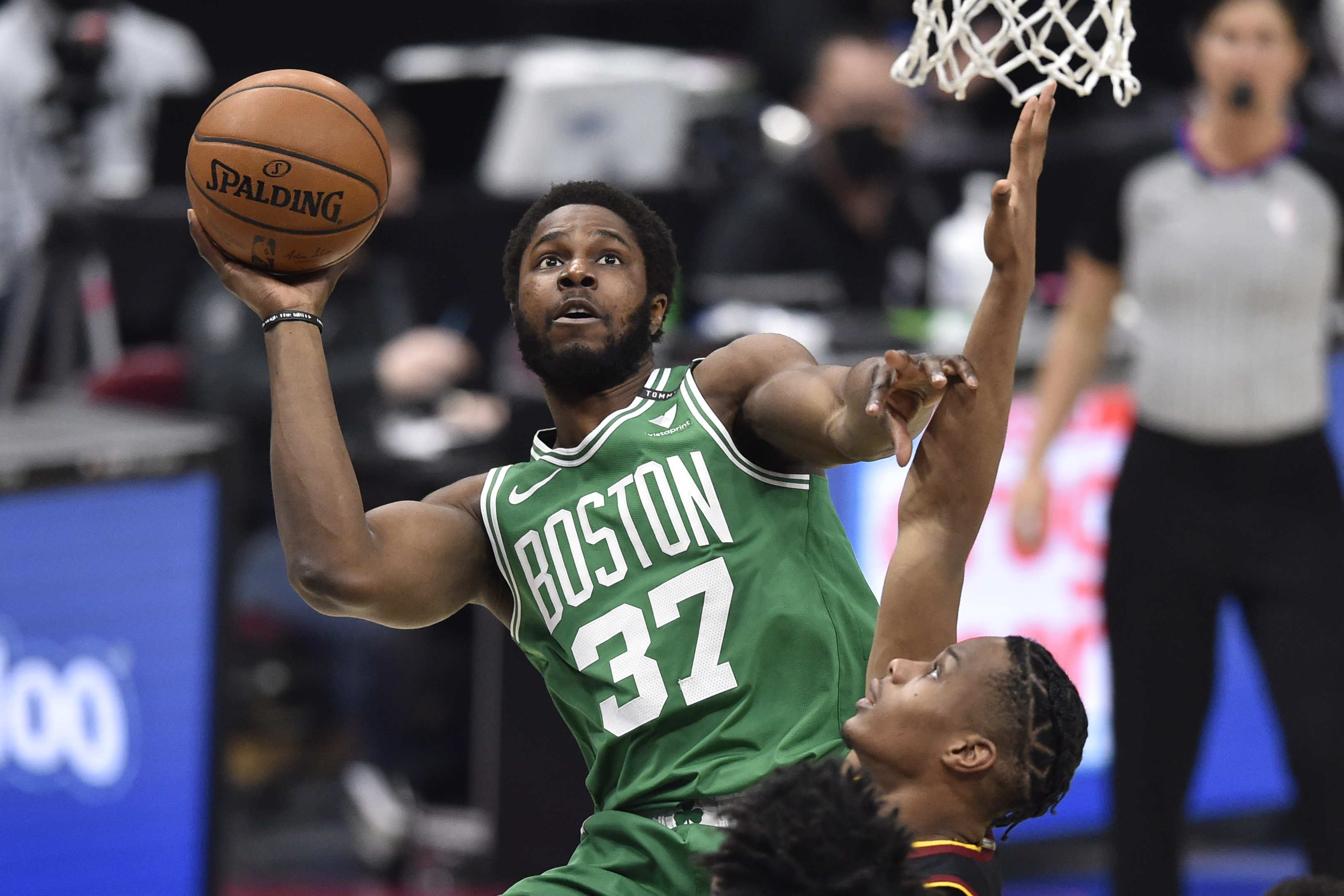 After earning a few appearances in the starting lineup during February and March, Boston Celtics forward Semi Ojeleye has seen a fairly significant decrease in playing time recently.

Boston head coach Brad Stevens has been using a smaller rotation as the Celtics have been on a bit of a winning steak. Ojeleye has found himself as the odd-man-out, playing single-digit minutes in each of his last four games.

He has been held scoreless in three consecutive games and has failed to reach double-digit points in any of the 23 games that he has played dating back to Feb. 12.

Ojeleye did not project as a key contributor for Boston, especially considering the front office was a bit finicky about whether or not they would guarantee his deal and pick up his team option for 2020-21. With that in mind, it seems unlikely that he is part of their long-term plans.

For the latest news and rumors on Semi Ojeleye, click here. 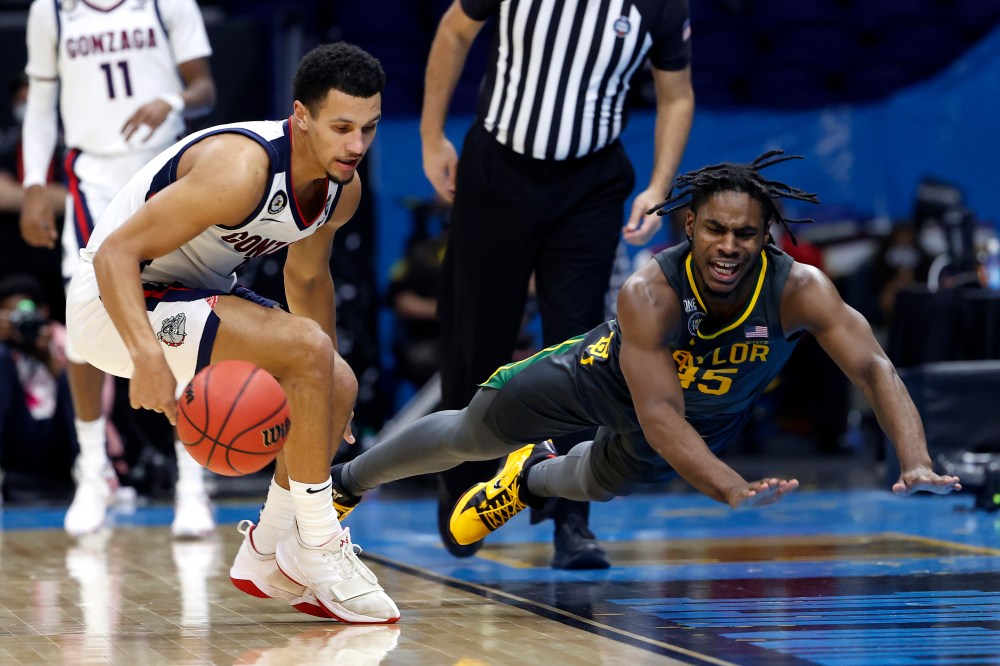