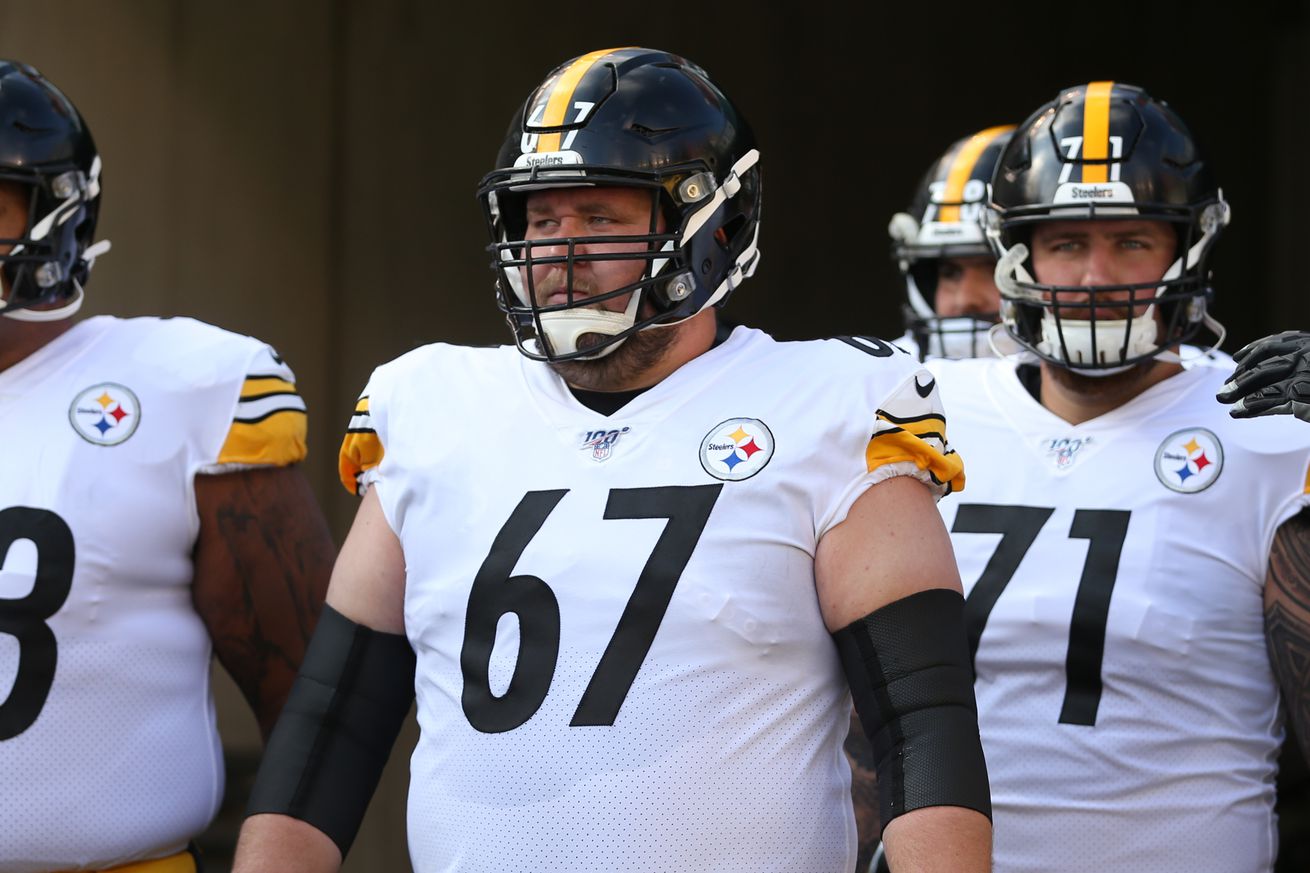 The former Steelers’ guard/center in heading back to the AFC North after being traded to the Cincinnati Bengals.

Right now the 2021 NFL draft seems a long way in the back of the minds of many Steelers fans as the team is 6-0 heading into a big matchup in Baltimore against the Ravens. But with part of the Steelers compensatory formula reportedly being shifted around, it’s not a bad time to review where the Steelers stand so far when it comes to any compensatory picks in the 2021 NFL draft.

For a brief overview of the compensatory formula, teams are awarded draft picks based on unrestricted free agents lost by the team versus those signed by the team in any given offseason. If a team loses more players than it gains, they are eligible for a comp pick. In the 2020 offseason, the Steelers lost five qualifying players while only gaining two. But if the trade goes through, one of the players the Steelers lost appears to be on the move. So how does this affect the compensatory formula?

The player in question is former Steelers offensive lineman B.J. Finney. Finney signed a two-year deal in the offseason with the Seattle Seahawks but was unable to crack their starting lineup. As reported by NFL Netwrok’s Ian Rapoport, Finney is being traded to the Cincinnati Bengals.

More on the trade of #Bengals DE Carlos Dunlap to the #Seahawks: Seattle sends OL BJ Finney to Cincy along with a pick, per @TomPelissero and me.

So does this mean the Steelers lose a player from the compensatory formula? Quite simply, they do not.

As stated in the most recent Collective Bargaining Agreement signed this past March, when a player is treated who is a compensatory free agent (CFA), where they fit in the formula gets traded along with the player. As stated in Appendix V, Paragraph 3, Section A:

In other words, it doesn’t matter which team Finney is playing for if his rights were traded. He still counts as the same loss for the Steelers regardless.

One thing to remember is this may help the Steelers slightly in the compensatory formula as one factor which adds points to a player’s value is the percentage of snaps they play once they get above 25%. So far in 2020, Finney has not played a single offensive snap. Although we played several special team snaps in Seattle, those do not qualify as part of the compensatory formula. Should Finney get significant playing time in Cincinnati, it could help his compensatory value.

According to the experts at overthecap.com, the Steelers are still in line to receive to compensatory draft picks. The Steelers are projected to gain a fourth round draft pick for the loss of Javon Hargrave and a sixth round draft pick for B.J. Finney. The pick for Finney is very much in question as the NFL only awards 32 compensatory picks and Finney is currently ranked 31st. Should he get significant playing time in Cincinnati, Finney could still hold on for the Steelers to receive a second choice.

The Steelers actually have a net loss of three players as Nick Vannett would give the Steelers a seventh round selection, but it does not fall in the top 32 of the NFL.

The cancellation of the players gained by the Steelers are Derek Watt canceled the loss of Tyler Matakevich and Eric Ebron cancels the loss of Sean Davis. Neither the loss of Artie Burns or the gain of Stefen Wisniewski had a salary large enough to qualify as a CFA.

Wait a minute… Did I just say Sean Davis? Yes I did. And this is something new in the 2020 CBA. The old rule stated a player must remain on the team’s roster through Week 10 of the NFL season. The new CBA has no such date listed in their expanded covering of the compensatory process. The only date described in the new CBA is as follows in Appendix V, Paragraph 1, Section A:

To clarify, Paragraph 2 which is referenced in the above quote simply describes where a player would fall by round and their scoring system for determining these things.

Although it isn’t completely clear, the precise wording of the new CBA would make some believe that once a free agent is signed with the team beyond the Monday following the NFL draft, they count in the formula even if they are released. If this is true, Sean Davis is still a loss for the Steelers and a gain for the Washington Football Team.

With Davis not playing in Washington (and not even playing as of yet for the Steelers), he won’t be gaining any additional points and may drop in value in the compensatory formula. If so, Ebron’s cancellation may be for B.J. Finney and the Steelers could fall out of the top 32 with their second selection if it is a reduced value in Sean Davis.

Even so, the Steelers apparently still have a net loss of three players from 2020 free agency and, no matter how it shakes out further down, look to receive a decent compensatory pick for the loss of Javon Hargrave. 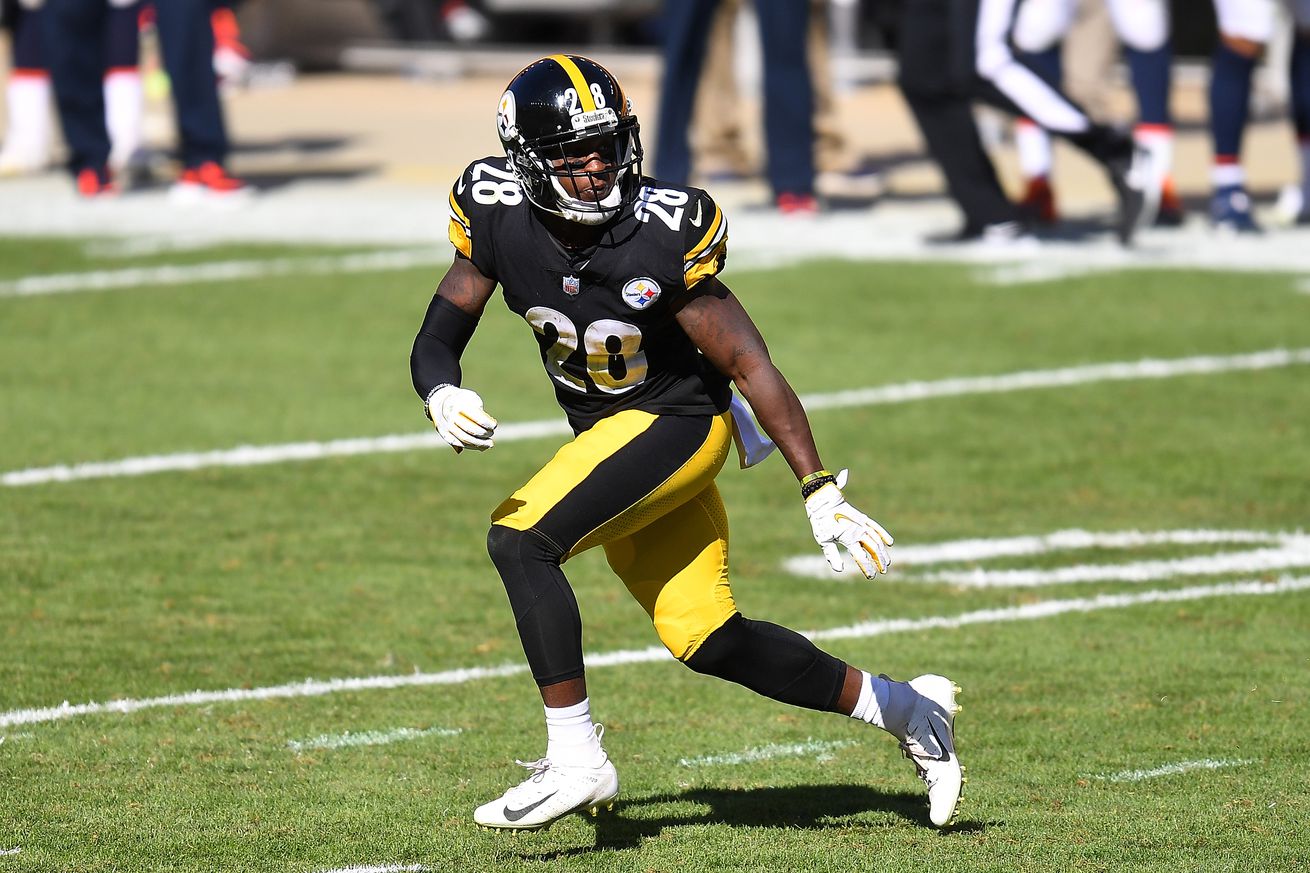 Although there were 11 players who missed practice on Wednesday, the number of players who could miss Sunday’s game is much smaller.

Coming off their sixth win of the season, the Pittsburgh Steelers are the remaining unbeaten team and are looking to keep their win streaking rolling. With two players missing the Steelers Week 7 matchup in Tennessee and with most players who dealt with injury in-game returning, the list of players not participating in practice on Wednesday was much longer than expected. In the first injury report of the week courtesy of the Steelers PR department, 8 players missed practice due to injury, one player returned to action, while 3 more were held out due to a coach’s decision.

First of all, even though Maurkice Pouncey was listed as missing practice with a elbow injury, he usually has Wednesday off as a coach’s decision. In fact, the same thing happened the last two weeks in regards to Pouncey’s Wednesday status. Thursday’s injury report will give a much better indication of Pouncey’s availability for the Ravens’ game this Sunday.

Two other players dealing with elbow injuries are offensive tackle Alejandro Villanueva and tight end Eric Ebron. The severity of their injuries are unknown at this time and Thursday will be a better indication as to if these injuries will inhibit their playing time on Sunday.

Derek Watt and Mike Hilton both missed the Steelers 27-24 win over the Titans. Coach Tomlin stated on Tuesday both players were expected to get back to work this week. On Wednesday, the Steelers made it half way there as Watt participated fully while Hilton was still unable to practice with a shoulder injury.

Two players mentioned by head coach Mike Tomlin on Tuesday who could miss time early in the week due to injuries are defensive lineman Chris Wormley with a knee injury and safety Jordan Dangerfield with a quadricep injury. As expected, neither player was able to practice on Wednesday.

Once again, quarterback Ben Roethlisberger was given a veteran’s days off on Wednesday. Stephon Tuitt and David DeCastro also did not practice on Wednesday but it was not injury related.

As for the Ravens’ official injury report, you can see the names below courtsey of Steelers.com.

For a recap of the injury report, check out the BTSC Steelers Injury Update podcast below:

The Steelers offensive line is the foundation of their championship aspirations
Rockets to hire Mavericks assistant Stephen Silas as next head coach, per report
Opinion: After strong start in Year 2, Cardinals QB Kyler Murray appears poised to meet elite expectations
Scouting Report: It will be a blitz-fest when the Steelers play the Ravens in Week 8
Why Roger Goodell and NFL power brokers built their own PAC