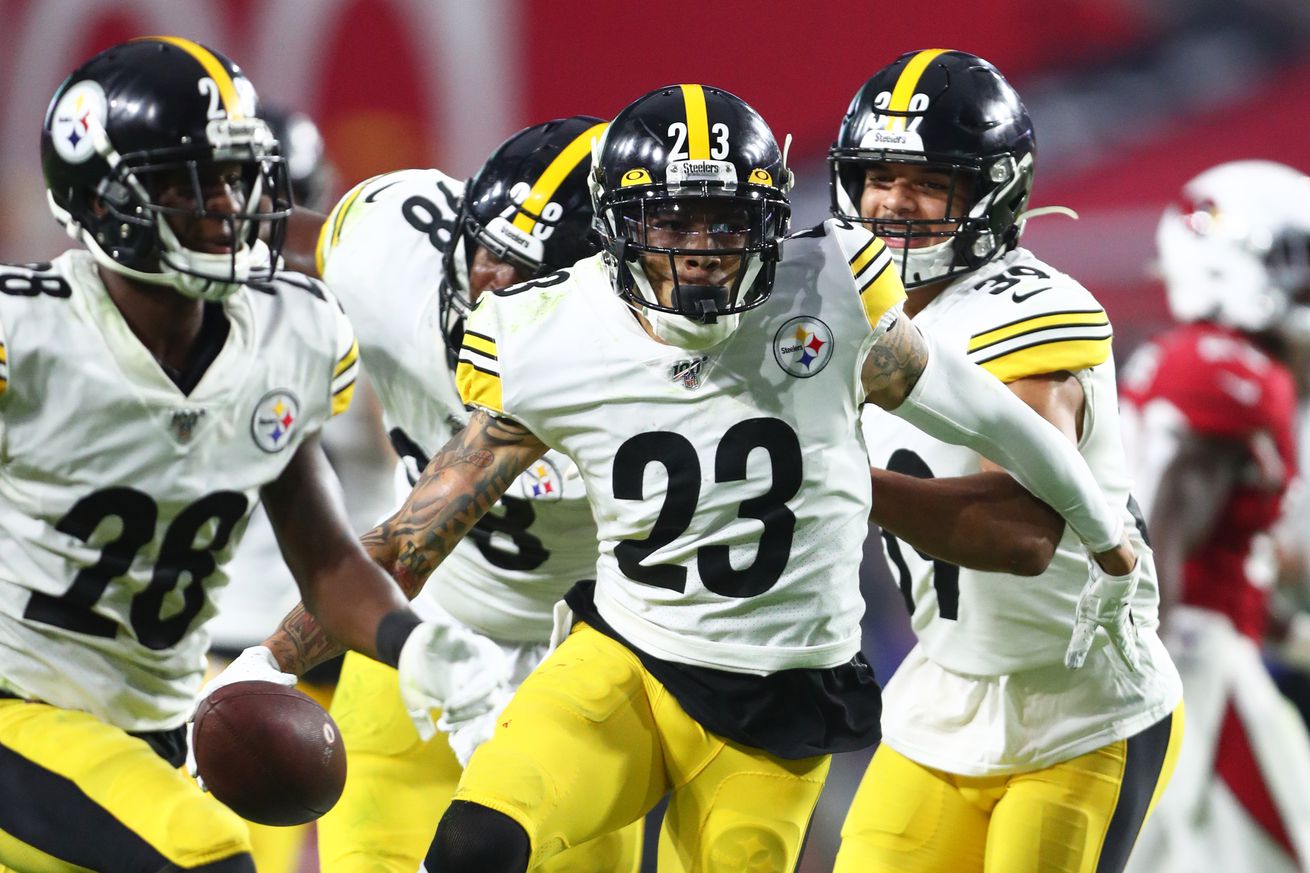 The Pittsburgh Steelers led the NFL in takeaways in 2019, and they have a plan to get more in 2020.

The 2019 season might not have panned out as many Steelers fans had hoped, but it wasn’t as if there weren’t any positives to be taken away from the 8-8 season. Most notably would be the team’s knack for taking the football away.

Last season the Steelers led the NFL in takeaways with 38 total turnovers for the defense. Of those 38 takeaways, 20 were interceptions and 18 were fumble recoveries.

Impressive numbers no matter how you slice it, but can you expect this type of defensive dominance every year? According to defensive assistant/secondary coach Teryl Austin, the team has a plan to take the ball away in 2020. The biggest factor doesn’t have anything to do with the defense, it is all about a competent offense with Ben Roethlisberger at the helm potentially giving the team a lead to play with.

“When you are playing with a lead and you know that teams are one dimensional, then your ability to get turnovers increases.” Austin said. “If that happens, that will be great. If it doesn’t, then it is our job to get the ball back in these tight games. We are going to try to get after the ball no matter what. So, I think our guys are determined to make sure we play better than we did last year and get more turnovers and be more impactful on the games than we were last year. That is really our charge. To answer your question, if you are playing with a lead and they are one dimensional, your opportunity for turnovers go up.”

But it also comes down to personnel, and making plays when they are presented. No one personifies not getting their hands on the ball more than Terrell Edmunds. Edmunds is extremely reliable, but at the same time just hasn’t been able to create the turnovers most would expect from a first round draft pick.

“We know that he [Edmunds] is a good football player.” Austin added. “We just have to get him a little bit more ball production. As we get going here in terms of catching the ball, getting around the ball, stripping the ball, fumble recoveries, all of those things, we will just continue to practice. And I am sure they will come because the kid works hard, he’s around the ball, he is always available, he is out there every snap and those things will come.

“The biggest thing we have to do is continue to work on it and when he gets near the ball, to just make sure he has that production he needs. Because that is the only thing that was lacking out of his game last year was the fact that you didn’t see very much ball production. But other than that, he is always around the ball, he is a good leader, he is a great teammate.”

One player who has earned national recognition for his immediate impact on the Steelers’ defense was Minkah Fitzpatrick. Since being acquired via trade, Fitzpatrick was as dynamic as they come in the black-and-gold, but you could see quarterbacks avoiding his side of the field in the second half of the season.

This was recognized by Austin.

“Obviously, I think he is a phenomenal football player. Checks all the boxes, made a lot of turnovers early and teams tried to stay away from him. I think that is just a testament—when you are a good player, a lot of times you don’t get all that action.

“I think what we will do is we will be able to move him around a little bit more. Getting him Week 3 like we did last year, you were just trying to throw him in and just trying to get him lined up and all that other stuff. But I think this offseason has been helpful for us and for him and for the group. We have been able to talk some things out and really get down into the details of our defense and I think that will give him a little bit more ability to show up in a couple different positions than he was last year, which will help him get around the ball a little bit more and keep that production.”

It might be a bit crazy to expect the Steelers to lead the NFL in takeaways again, then again it was once said it was crazy to expect 50+ sacks from the defense in back-to-back seasons. They are approaching four straight seasons reaching this feat. If the defense can create takeaways even at a moderate clip, and the offense can be more responsible with the football, the Steelers will be a tough team to beat in 2020.

Stay tuned to BTSC for the latest news and notes surrounding the black-and-gold as they prepare for the 2020 regular season. 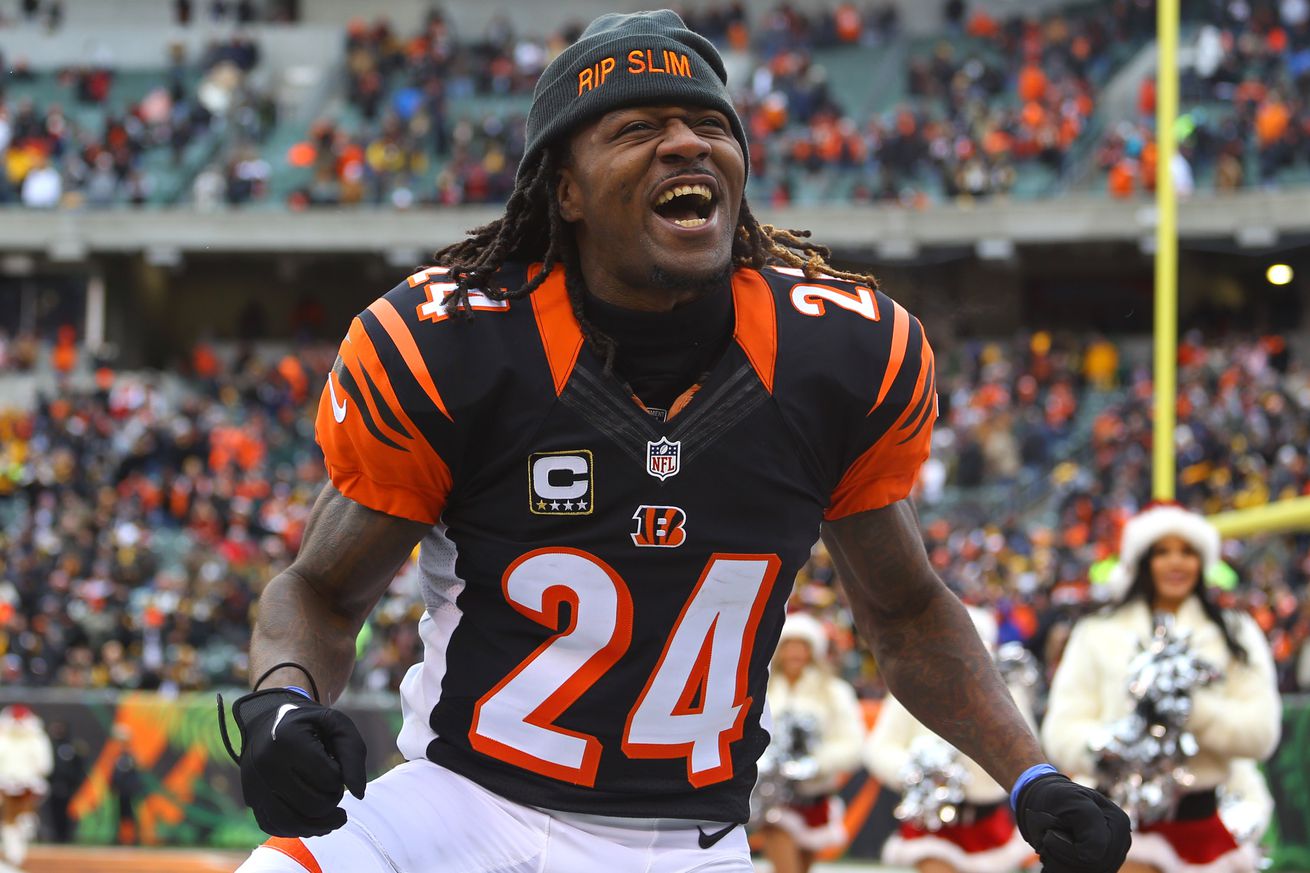 The curious case of a box of autographed Joe Haden jerseys which ended up on Pacman Jones’ doorstep.

By now you’ve probably heard about this weird Joe Haden and Adam Jones, also known as Pac Man, situation with the autographed jerseys being burned to a crisp.

If you haven’t, let me explain what has reportedly gone down between the two cornerbacks.

Someone, Haden denies having anything to do with this act, sent Pac Man a box full of signed Joe Haden Steelers jerseys. When Jones received the package, let’s just say it wasn’t well received. Here is TMZ video of Jones torching the jerseys.

(Editor’s Note: The above link will send you to a video which has audio that is NOT safe for work or around young children.)

If you want the synopsis, here are some clips of Jones burning the care package.

Obviously Haden caught wind of the incident, and immediately said he had nothing to do with sending those jerseys to the former Bengals defensive back.

When this story caught steam, it made its way to the mainstream media, and by mainstream media I mean ESPN. Once ESPN caught wind of the story, Hadens’ agent, Drew Rosenhaus, released a statement on behalf of his client.

This per Adam Schefter of ESPN:

While Haden hasn’t been a member of the Steelers organization his entire career, he certainly has been in town long enough for fans to know he seems to be an up-standing individual both on and off the field. Haden does tremendous work in the community, and especially for the Special Olympics organization.

Who sent these jerseys to Jones? That is unknown at this point, and might be one of life’s most unsolved mysteries. Either way, Jones’ reaction shouldn’t shock anyone, and certainly hearkens back to the 2015 AFC Wild Card game when it was Jones and company who single-handedly helped the Steelers come from behind and beat the Bengals in Cincinnati.

Those were the days…