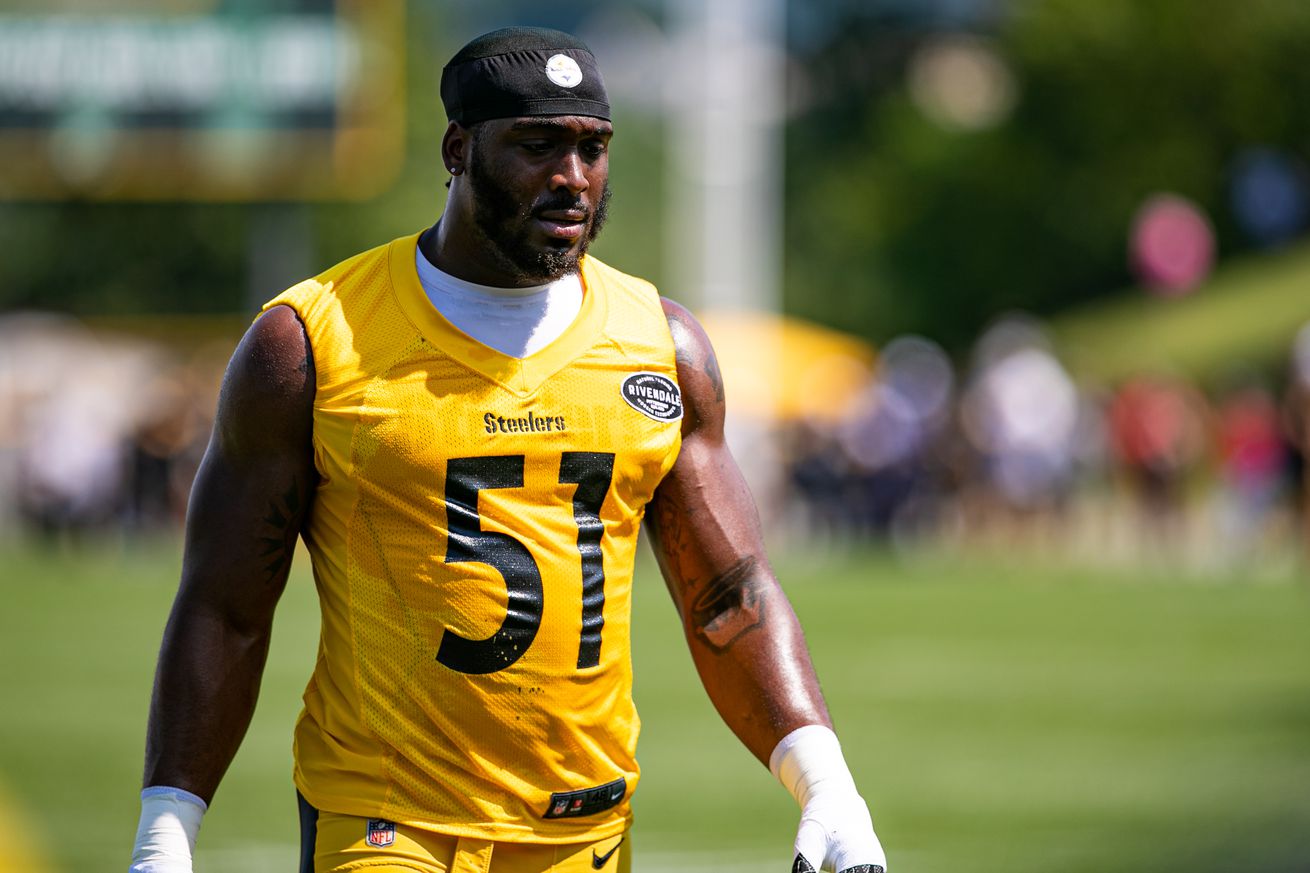 Some long-shot Steelers could be playing their way towards a roster spot in training camp, and we’ll have no idea.

NFL training camps are a lot different than usual in 2020, and you can probably guess why.

The list of changes is a long one, and besides new health and safety requirements for the players and coaches, 2020’s edition of NFL training camps will affect fans’ experiences as well. Practices are closed to the public. The preseason is cancelled. And there’s countless other changes that will keep team secrets away from the public eye until Week 1.

BTSC writer Flip Fisher wrote a great article on Sunday detailing what the media coverage of Steelers training camp is going to be like. In the article, he noted that there will be an extremely limited group of reporters and photographers allowed at camp, but chances are they will be members of the Steelers’ own media team.

Having reporters at practice is a good thing, but since they will be reporting on the same team they’re employed by, coverage probably won’t be as full of journalistic meat as it would be otherwise. There will probably be some controversy at some point, but it remains to be seen how much will be reported to the public.

And, with the preseason cancelled, fans will be relying solely on the Steelers’ small coverage team and coach Tomlin’s notoriously vague press briefings to form opinions on players. We won’t be able to see them play in person until the regular season, after the roster has been cut down to 53 players and they have signed their 16-man practice squad.

We may not know a lot about the position battles at the bottom of the roster, and “camp phenom” stories, which are usually quite popular this time of year, might go unnoticed.

Take Tuzar Skipper, for instance. The undrafted free agent (UDFA) was last year’s camp darling and preseason hero who impressed in practice and was unstoppable in the preseason. All of Steelers Nation was rooting for him when it came time for roster cut-downs, and when he made the final 53 it was a special moment. Skipper’s success made a great story, and even though he was later waived, picked up by the Giants, and then found his way back to Pittsburgh in time for this year’s camp, he’s remained a fan favorite despite his nontraditional journey.

The Steelers have historically had success with undrafted athletes like Skipper, with many of them making a much larger impact, such as Ramon Foster and James Harrison.

But what if there hadn’t been a preseason last year, would that have affected Tuzar Skipper? We don’t know if he would have impressed enough to make the final roster without it, but assuming he had (and there will be UDFA’s across the league this year that do impress enough in camp), would fans have known about it? At best, some Steelers columnist might have added a sentence somewhere along the lines of, “he had a good practice today”, in an article, or he might have received a shout-out from a coach in a press conference. But, without watching him blow up offensive lines in the preseason or practice ourselves, we might not have thought much of it. When he made the roster it would have been shocking and probably garnered a lot of “fire Tomlin/Colbert” comments from armchair GM’s.

When Skipper made the roster in 2019, it was still considered a “surprise” move despite his well-known preseason success. It looks like 2020 will redefine that term.

The narrative of no preseason hurting the chances of UDFA success is still very much true, but there will be some surprising camp success stories throughout the NFL regardless. Even in the case of non-UDFA’s, a big-name free agent signing somewhere could go full-Donte Moncreif with his new team and be cut. All fans would see is the roster move, and not the reasoning behind it, which could lead to some massive surprises between now and September.

When it comes time for roster cut-downs this year, there’s a chance we could see some surprises with the Steelers. If news breaks of a James Pierre, Calvin Taylor, John Houston, or any other “no name” player making the final roster we would be shocked, and even more so if a popular name was cut to make room for the newcomer.

No preseason doesn’t necessarily mean those with a small shot at the final roster won’t be able to defy the odds and make it. There will be some that do, but we may not find out about them until much later.

As fans we love roster surprises, but we generally are able to form educated guesses by watching the preseason or reading training camp recaps beforehand. In 2020, we’ll just have to wait and see while making the best of the limited information we get.

When final cuts come, we’ll just have to trust that Mike Tomlin, Kevin Colbert, and the rest of the Steelers organization know best.

And we’re so good at that, right?