The Dallas Mavericks truly enjoyed the early stages in the NBA’s bubble community, starting with a bass-thumping dance party on their Walt Disney World resort hotel balconies while quarantined and continuing with playfully intense pickleball and spikeball competition.

Once the basketball games that counted began, the fun skidded to a halt for the Mavs in Lake Buena Vista, Florida.

Actually, they had a pretty good time for the first 47 minutes, 15 seconds, as the Mavs lit up the Houston Rockets for most of the restart opener and had a seven-point lead with 45 seconds remaining in regulation. But that lead disintegrated, and soon, so did Dallas’ realistic hopes of moving up from seventh place in the Western Conference standings.

The Mavs followed up that gut-wrenching overtime loss by blowing a 13-point halftime lead to the Phoenix Suns, who, despite an undefeated run so far in

Tuesday hasn’t exactly gone as anyone expected down in Orlando. First, to start the day, the Brooklyn Nets pulled off the biggest point-spread upset in 27 years, beating the Milwaukee Bucks outright despite being a 19-point underdog. Then, after the Dallas Mavericks needed overtime to beat the Sacramento Kings, Devin Booker‘s incredible buzzer-beater lifted the Phoenix Suns — who are now 3-0 in the NBA restart — to a win over the LA Clippers. We’ll see if things get back to normal with Celtics-Heat and Rockets-Blazers tonight, but at this point expected the unexpected.

Here’s the latest on the standings, the games to watch Tuesday and Wednesday, plus everything you need to know. Check back here for highlights and updates throughout the day.

No Jimmy, no problem 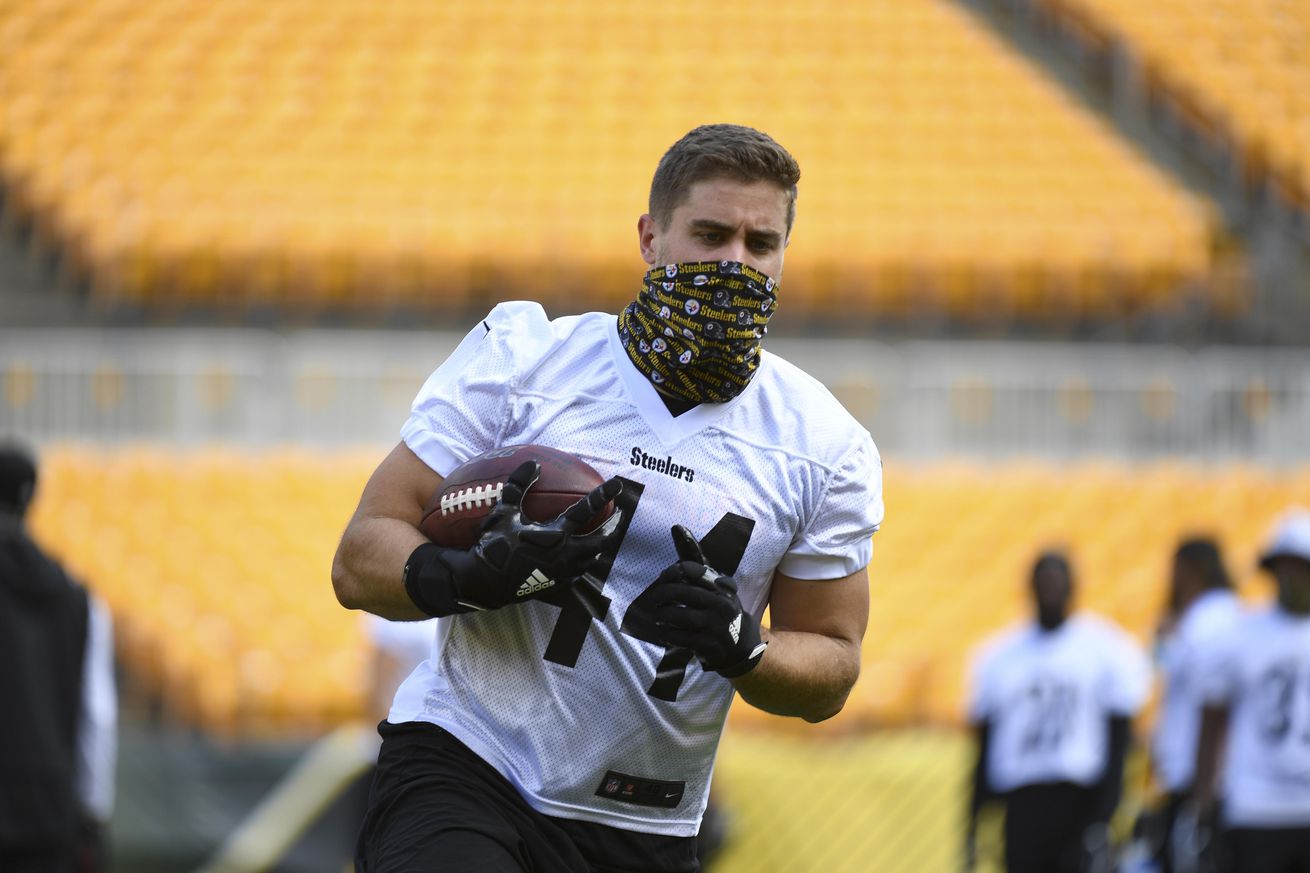 Veterans are back, and we have some photos and video from the workout Tuesday.

There is no way around it.

The coronavirus pandemic forcing the team to stay at Heinz Field is just one of the oddities about this year’s training camp. The pads haven’t gone on yet, players are still in the acclimation process and reporters aren’t there to see what is going on yet.

In other words, we, the fans, are reliant on others to get news as to what practices look like, even if they are walk-throughs, and video of players going through the motions.

The Steelers have been releasing more information to the public to help the fan base feel as if they are on the hill side at Saint Vincent College in Latrobe, and while it isn’t the same it certainly is a welcome sight.

Ben Roethlisberger was expected to throw half as much as he did yesterday, and is planning on taking tomorrow off

‘We have a great defense, and I’m excited about that group. That was one of the big reasons I was excited to come back, was to play with a group like that.’ – @_BigBen7

Footage of Ben Roethlisberger, Maurkice Pouncey (pulling a move by practicing in sunglasses. Respect) and Eric Ebron from today’s workout at Heinz.

Strange times will cause for strange roster moves

Hilliard has high praise for his young wide receiving corps

During the final minutes of Tuesday’s qualifying round game between the Columbus Blue Jackets and Toronto Maple Leafs, defenseman Jake Muzzin was involved in an awkward collision behind the net. Muzzin was pushed from behind by Pierre-Luc Dubois and made contact with the leg of Oliver Bjorkstrand as he fell to the ice.

Muzzin initially tried to get back up following the collision, but eventually realized that he couldn’t stand as the trainer came over to check on him. He was ultimately loaded onto a stretcher and escorted off the ice.

In show of support, both teams tapped their sticks on the ice and boards when Muzzin was taken off the ice.

At first glance, it appears that Muzzin may have suffered a neck injury of some sort considering the

The Braves suffered a pretty sizable blow on Monday night, when young ace Mike Soroka tore his right Achilles tendon. He will miss the rest of the season and 2021 might even be impacted. Word from the front office is the Braves are going to try to replace him internally, but the possibility down the road they’ll try to trade for rotation help remains, especially with Cole Hamels‘ injury lingering.

Here are a few pitchers who might end up on the Braves’ radar by the end of this month.

Finally back and effective so far, Cobb checks the boxes of what an ideal trade might look like. Despite their great start, the Orioles are still in full-on tank mode, are expected to fall

Watch Now: Looking Ahead To The PGA Championship (2:28)

Back atop the golf world is Justin Thomas, who again finds himself as the holder of the No. 1 ranking. So as we look ahead to the 2020 PGA Championship this week at TPC Harding Park in San Francisco, it makes sense for him to lead the odds board considering his scorching hot play not only this season but particularly since the PGA Tour returned from its hiatus.

Thomas joins Brooks Koepka, who has won the last two PGA Championships, at 10-1 entering the only major of the 2019-20 season. Bryson DeChambeau, who was attempting to make his own claim as “best golfer in the world,” was the favorite for weeks but now sits at 11-1. DeChambeau has seven top 10s in his last nine events played, including a win

Last month Loeffler wrote a letter to WNBA commissioner Cathy Engelbert objecting to the league’s promotion of Black Lives Matter — which is painted on the courts at the IMG Academy in Bradenton, Florida, where the league is holding its return — and instead advocating for teams to add American flags to jerseys.

Elizabeth Williams, a forward on the Atlanta Dream, told ESPN that the league’s executive committee began exploring the shirt idea as a response to Sen. Loeffler’s statements, because “for effective change to happen, there has to be policy changes. And so if we’re going to sit here and talk about wanting justice reform, part of that is making sure that we have officials in

LAKE BUENA VISTA, Fla. — The Memphis Grizzlies, having already lost their first three games inside the NBA’s bubble here at the Walt Disney World Resort, were dealt a significant blow to their playoff hopes Tuesday when promising young forward Jaren Jackson Jr. was ruled out for the remainder of the season after suffering a meniscus tear in his left knee.

The Grizzlies announced Tuesday night that Jackson “experienced an unstable landing after making contact with an opposing player with contesting a shot” during Monday’s loss to the New Orleans Pelicans, with further evaluation revealing the meniscus tear.

The team said Jackson is expected to make a full recovery.

Jackson had been outstanding in the first three games for Memphis, averaging 25.3 points per game — including 33 on Friday night against the Portland Trail Blazers — and averaged 17.4 points